The Dunkettle Interchange, just east of Cork City in Ireland, is an important connection point both for local traffic and for the national highway system. It has also become infamous across the country for its congestion.

To improve the interchange’s capacity and reduce the disruption it causes, the central roundabout was being replaced with a series of link roads. However, these roads would need to pass over reclaimed land next to the River Lee that had never been built on before. 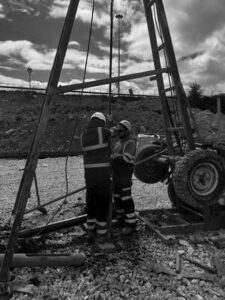 A geotechnical monitoring system was needed in order to provide the data necessary to safely build the link roads. Once in place, the system would be used to provide data for three years. During this time, the data would be gathered by non-specialists from the county council and sent to a third party for analysis.

With no existing geotechnical data about the area, the client needed a solution that could be easily adapted to unexpected circumstances. The monitoring system needed to be simple enough to be used by non-specialists for long-term data collection.

Boreholes were drilled for a combination of extensometers, inclinometers, and piezometers. Regular measurements were stored on data loggers that were manually downloaded via USB once a week. 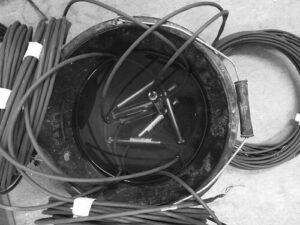 The ground stability measurement system was simple enough to be taken over by non-specialist teams. RST was able to provide the client with new equipment on short notice as the needs of the operation changed.

Data collection for the north side of the site has been successfully handed off to the county council. The data produced by the system are being used to refine the soil models used by the developers and inform the implementation of data collection on the site’s south side. 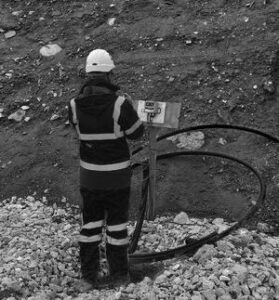 PARTNERS FEATURED IN THIS SUCCESS STORY