The ACHILLES (Assessment, Costing and enHancement of Long-LIfe, Long-Linear AssEtS) research project is a collaboration between seven UK universities, the British Geological Survey, and many industry and government stakeholders.

The aim of ACHILLES is to address the deterioration of long-linear geotechnical assets such as earth embankments and cuttings used for railways, highways and flood defence. The goal is to create more reliable infrastructure by developing knowledge and tools for predicting and improving long-term performance of these assets, including their response to climate change.

Researchers wanted to observe the long-term measurement and monitoring of vertical shrinking and swelling of a flood defence levee to better understand deterioration of clay earthworks.

RST Multi-Point Inline Extensometers were interfaced to RST Flexi-Mux 2042s vibrating wire multiplexers and installed in an Environment Agency flood defence levee for long-term monitoring of seasonal cycles of vertical swelling and shrinkage. Over a three-day period, RST trained field staff and helped install the extensometers on behalf of the University of Southampton in four boreholes. The boreholes ranged from 3 to 5 m in depth, which were all contained within the same cross-section of the levee. Four Measurand ShapeArrayTM (two SAAV, two SAAF) were installed to measure horizontal swelling and shrinkage. 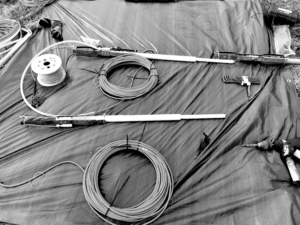 RST staff trained and assisted with the installation of the extensometers, allowing other site staff to carry out their tasks without worry. The addition of the Measurand ShapeArrayTM provided unparalleled deformation monitoring for the project. 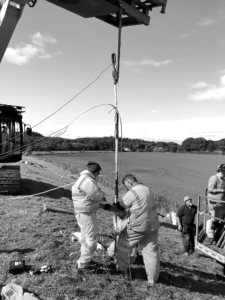 “I am delighted with the service provided by RST, particularly the conduct of their operatives on site while installing the extensometers. Often the success of field work for academic purposes hinges on the attitude and professionalism of contractors site staff. Thankfully, the RST site operatives conducted themselves well, brought a great attitude to site and made a challenging installation look easy which allowed my colleagues and I to focus on other site tasks running in parallel.”
—Dr. Anthony Blake

GET YOUR OWN COPY OF THIS SUCCESS STORY